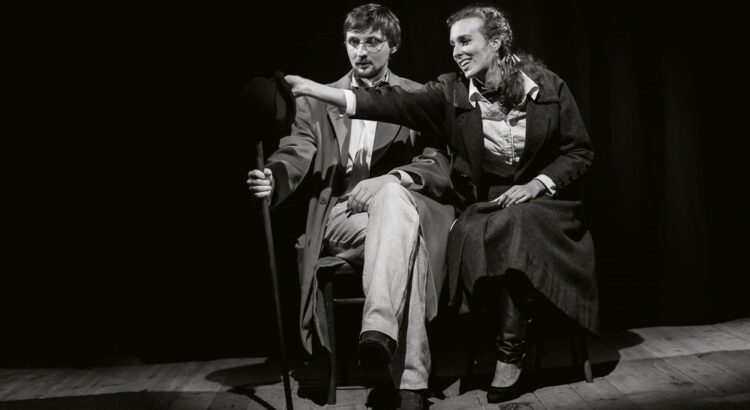 In one of the collections of memories about Chekhov, I came across a story about how Anton Pavlovich while being treated in Yalta from phthisis, was bothered by male and female fans of “antonovka”. They annoyed him on the street with stupid conversations, asked for autographs, tore off buttons from clothes as a keepsake. And one day Chekhov went for a walk on the embankment of Yalta. He was wearing a coat and holding a cane. And there was a little woman sitting on his shoulders wearing plaid pants. Noticing a person walking towards them, she took off Chekhov ‘s hat, and he himself bowed. No one annoyed Chekhov that day. I found no further information about this woman in the bibliographic literature. And I don ‘t know what role she played in Anton Pavlovich ‘s life. But, dare I assume that with her Chekhov felt easy and simple. To myself I called her Charlotte. It is the name of a strange governess from “The Cherry Orchard.”