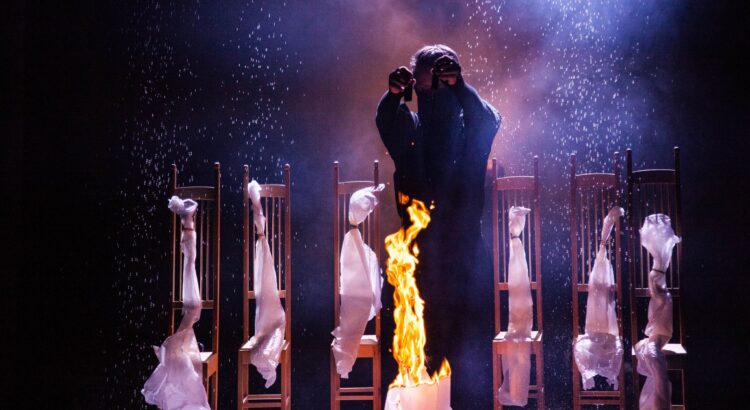 This puppet musical suite is inspired by the second volume of «Don Quixote». Separate scenes are held together by a refrain – a tauromachy scene, which becomes a metaphor for the imminence of doom, somehow instead of canonical windmills. Victor Plotnikov, once the scenographer / artist-designer of the famous «Snow Show» by Slava Polunin, does not narrates the plot, but rather applies to our cultural code, in which are embedded the eternal themes that make go round the great novel: war, love, faith, the nature of creativity, flowering youth, already fraught with impending senility, knighthood converting into madness, a flight of fantasy drifting into the sleep of reason. Visual and music language makes it apprehensible even without translation. The performance – nominee of the main Russian theatre award «Golden Mask».