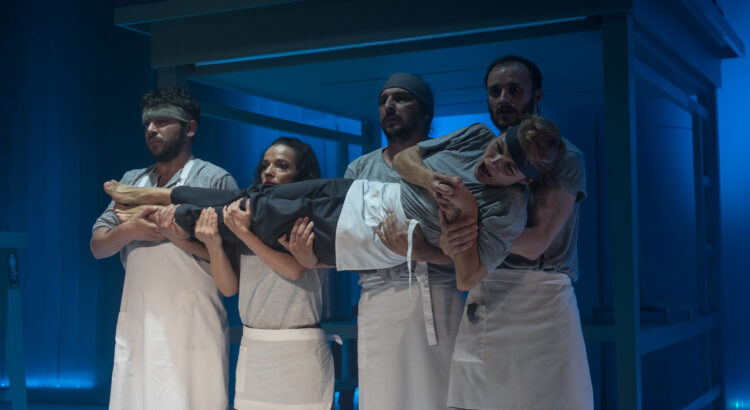 Five Asians, who could also be Turks, Romanians or Hungarians or any other poor humans of the world, work in a very crowded fast food, called The Golden Dragon. They are immigrants, they have no papers – neither identity cards, nor labour contracts. The small restaurant is located in the middle of the Chinese neighbourhood of the city, in a building within which there are a grocery store, a warehouse and plenty of housing. All kinds of people live in that busy place within which their stories get to fusion in a very strange way, yet in a very natural way. The narrative thread of the performance flows having a tooth in its centre, which seems to function as a linking element among the stories of the characters.